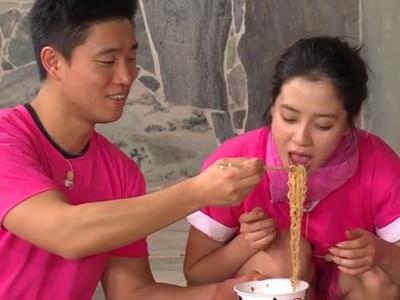 Recently, Jo Hyo Jin PD from “Running Man” gave an optimistic response to a question regarding the return of the “Monday Couple” (Gary and Song Ji Hyo).

Jo Hyo Jin PD was interviewed in a restaurant near Hongdae by various reporters who were particularly interested in the status of the “Monday Couple”. A reporter asked, “Is the ‘Monday Couple’ a couple in real life?” Jo Hyo Jin PD responded, “They are not really dating – they are simply pretending to be a couple for the show.”

Jo Hyo Jin PD continued, “I know we haven’t been seeing a lot of ‘Monday Couple’ activities lately, but they might do something of their own during the show so don’t lose hope just yet.”

Gary and Song Ji Hyo received the nickname “Monday Couple” when they seemed to have intimate feelings toward one another during the Monday filmings of “Running Man”. “Monday Couple” started falling apart after it was announced that Song Ji Hyo and a representative from a company have begun dating.

Meanwhile, the upcoming episode of “Running Man” will have Park Ji Sung from Manchester United as the main guest.