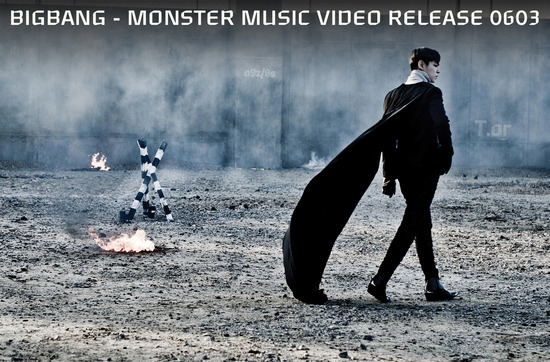 On May 26, Big Bang‘s Top’s transformation for the upcoming album that will be released on June 3 was revealed.

Top posted the teaser image above on YG‘s main blog to reveal the new concept of Big Bang’s special album “Still Alive.” As seen in the photo, Top is dressed all in black to portray a villain-like image.

G-Dragon released his teaser image for the new album on May 25. It seems like G-Dragon dyed his hair bright red and is also dressed in black to portray a villain-like image.

“Monster” will be the title song of the new album. It has been announced that this new album contains songs that are much more intense and powerful than the songs that have been released so far by Big Bang. Also, to improve Big Bang’s upcoming concept, YG has collaborated with Hyundai Card.

YG and Hyundai Card will be revealing their secret collaboration project that they have been preparing along with the new album on June 3.