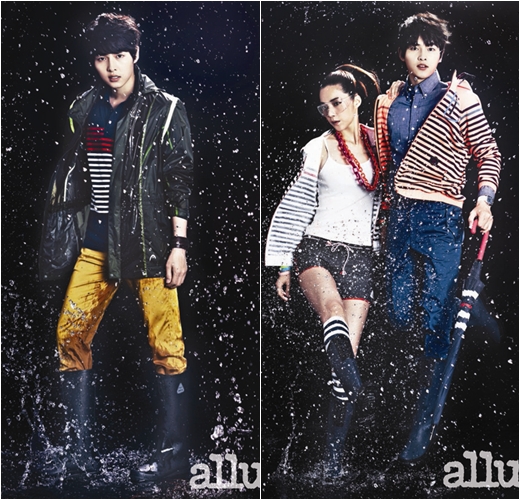 To promote HEAD’s new “London in the Rain” line, the actor captures the concept of “rain soaked lovers” by posing dramatically and lively on the rain soaked set.

Song Joong Ki, well-known for his pretty-boy looks, revealed another cool, masculine,and mysterious side to himself. When posing with the other female model, the two really look like two lovers meeting in the rain.

Photographer Hong Jang Hyun commented about the photo shoot with the actor: “Song Joong Ki shed the soft, cute image that he is known for and revealed his strong, masculine, and active side in the shoot.”

You can catch Song Joong Ki in all his masculine glory in Allure’s June issue.

Song Joong Ki
Allure
How does this article make you feel?