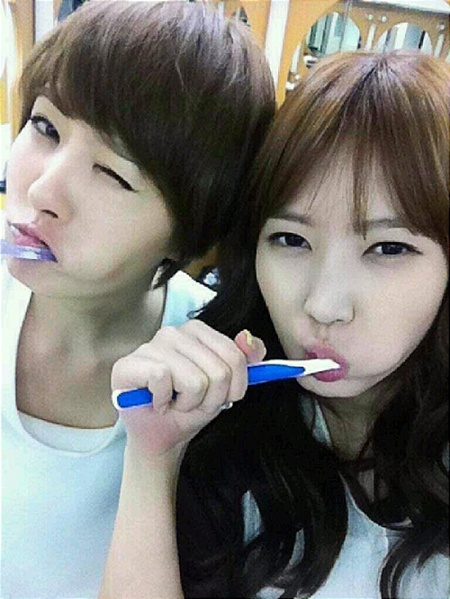 A very intimate photo of Actress Kim Sun Ah and Im Soo Yang has surfaced on the internet.

On May 26, Im Soo Yang posted, “We are so close that we brush our teeth together,” along with the photo above on her me2day page.

As seen in the photo, Im Soo Yang and Kim Sun Ah are brushing their teeth together while making funny faces at the camera. Their skin in the photo appears very healthy as it seems to have a milky skin tone. This photo definitely proves that they are in a close relationship.

Netizens who saw the photo commented, “You guys are already that close?” “They still look very pretty even though they are brushing their teeth,” “It’s a beauty battle between two beautiful actresses,” and more.

Meanwhile, Im Soo Yang and Kim Sun Ah will both appear on MBC‘s upcoming drama called “I Do, I Do” that will first air on May 30.

Kim Sun Ah
im soo yang
How does this article make you feel?