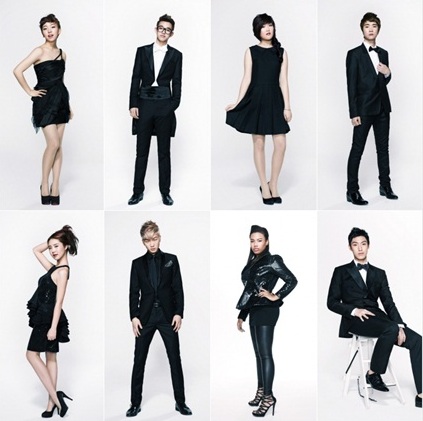 According to a reporter from OSEN, it has been confirmed that a total of fourteen contestants from “K-Pop Star” have officially been recruited or being considered by various agencies.

Out of the group that made it to the top ten round, JYP Entainment recruited Park Ji Min, Baek Ah Yeon, and Park Jae hyung while YG Entertainment recruited Michelle Lee, Lee Jung Mi, and Lee Seung Hoon. LOEN Entertainment, the agency that is responsible for IU‘s activities, recruited Yoon Hyung Sang. In addition, nothing yet has been confirmed for Kim Na Yoon, but she is currently being considered by three agencies.

A representative from SBS informed, “Currently, a total of fourteen contestants are most likely going to be recruited by various agencies. In addition to the contestants who made it up to the top ten round, ‘Dancing Machine’ Park Jung Eun and Goo Joon Hoe are being considered by agencies that are finalizing their decisions.”

So far, the names of twelve contestants out of fourteen have been announced – the final two are also in the final stages of being recruited. Although these agencies noted that they are finalizing their decisions, they have also announced that they still might recruit additional contestants from “K-Pop Star”.

Compared to other audition programs such as Mnet’s “Superstar K” and MBC‘s “Star Audition“, SBS‘s “K-Pop Star” seemed to have opened up more opportunities for the contestants. Numbers show that agencies recruited about three or two times the number they recruited in the past from “Superstar K” and “Star Audition” – this is most likely due to the fact that the contestants of “K-Pop Star” were trained and critiqued by the top three Korean entertainment agencies (YG, SM, and JYP).

Many people are now anxious to hear who, out of the remaining contestants, will be recruited by the agencies.