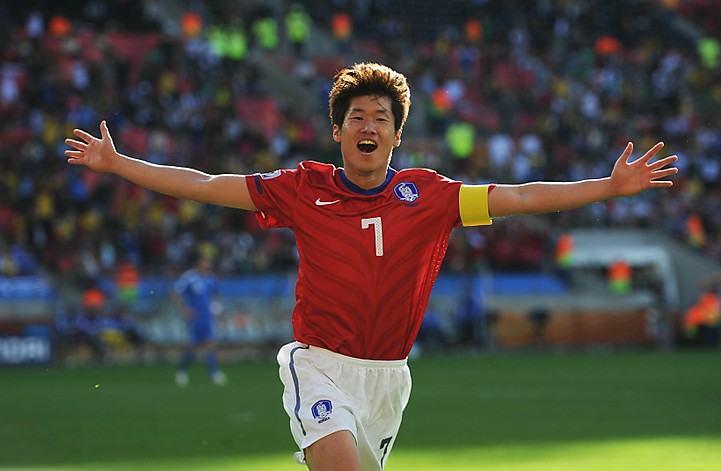 A series of screen captures from reports of local news agencies show the two on the set of the popular variety program. When IU and Park Ji Sung were introduced, Yoo Jae Suk and other “Running Man” cast members teased the football player about appearing very nervous and ashamed.

“Why is your gaze so far?” he was teased.

“I’m so cool,” Park Ji Sung said in response. He addressed IU, looking her in the eye.

Meanwhile, Park Ji Sung and IU, along with the “Running Man” members faced each other in a football challenge. Their episode aired on May 27.