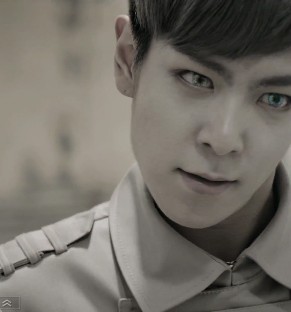 The first music video teaser for Big Bang‘s “Monster” has been released today. In today’s teaser which features T.O.P, we hear him softly rapping while he is seen running away. He is also wearing the straightjacket clothes that were seen in the previously released teaser image.

With the release of the music video five days away on June 3, we can likely expect one to be released each day for each member.

“Monster” is the title track of Big Bang’s special edition album “Still Alive.” The song has been announced to be a strong and bolder song than any of the other Big Bang’s previous songs.

YG Entertainment will also be releasing a secret project that it has been working on with Hyundai Card on the album’s release date as well.

Big Bang
Still Alive
T.O.P
How does this article make you feel?