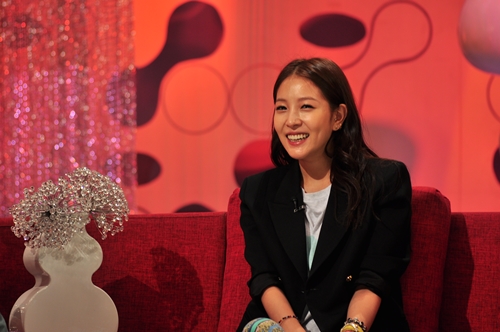 BoA spoke about her first impressions of YG. BoA appeared on KBS 2TV’s “Win Win” that was broadcast on May 29.

BoA stated, “For the first recording of ‘SBS K-Pop Star’ I met JYP and YG for the first time. JYP told me to call him oppa, but YG asked that he be called, ‘boss.’ That made me a bit uncomfortable.”

She continued, “Then one day YG was late for a recording. I asked him, ‘Could you please come a bit earlier?’ After that, I began to call him oppa comfortably.”

BoA also spoke about being called a harsh judge. She stated, “Originally my personality is very direct. Usually when I talk I can’t talk in circles. Because I was a judge I thought that I would have to talk in a feminine manner. As more time passed by my real personality began to come out.”

BoA
K-pop Star
How does this article make you feel?