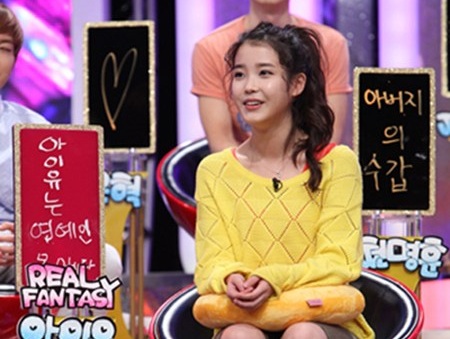 IU: “I Don’t Have a Malnourished Body”

IU spoke up about the controversy regarding her body! On the episode of “Strong Heart” that will broadcast on May 29, IU spoke about how an article appeared stating that she had a malnourished body.

She stated, “Earlier before I lost a lot of weight and an article appeared stating that I had a malnourished body. However I am not that skinny now.”

She continued, “For the fans that were worried about me I put up my actual height and weight on social networking services. However, they stated that I looked even skinner and did not believe me. Today on ‘Strong Heart’ I am going to dispel all these suspicions.

IU actually went on a scale for the show to the surprise of the audience.

Netizens commented, “IU must have been very upset,” “Fans were just worried because she was so skinny,” “IU is very cute,” and “I am envious because she went up herself on a scale.”

IU
Strong Heart
How does this article make you feel?