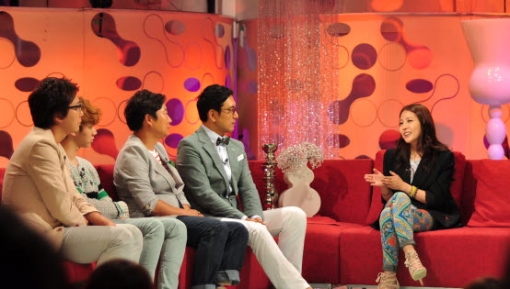 BoA: “When I Debuted, I Received Signing Offers from 15 Different Agencies”

BoA appeared on the episode of KBS 2TV’s “Win Win” that will broadcast on May 29. She spoke about signing with SM Entertainment. She also talked about different episodes during her trainee days.

During the filming of the show BoA stated, “When I was in 6th grade, I went to a dance competition with my youngest older brother. I was too young to join the competition. However, I danced for the sponsorship opening event. After the performance I received 15 business cards from different agencies.”

BoA continued, “I signed a contract with SM Entertainment while in elementary school and began training. I travelled to the agency which took 2 hours by bus and subway alone. Back then, there really wasn’t a concept of ‘trainees’ and I was embarrassed to tell my friends, so I went about quietly.”

BoA also spoke about the theory that it cost $3 million to produce her.