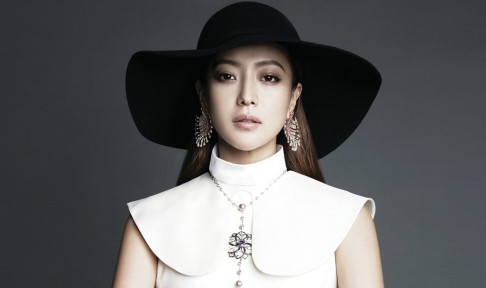 Actress Kim Hee Sun dazzled in a gorgeous dress, transforming herself into royalty.

The “Plumes de Chanel” jewellery exhibit is currently touring the world and the exhibit has been inviting its visiting country’s top celebrities. Kim Hee Sun was specially invited to wear and showcase the new Chanel jewellery collection.

In the images that were released of the photo shoot, Kim Hee Sun is wearing a gorgeous back-less dress, revealing her alluring figure. In another picture, the actress is wearing a black hat and a white collared dress, with the outfit accented with pieces from the Plumes de Chanel jewellery collection.

Bazaar also interviewed the actress and she spoke candidly about many topics – about her new drama, “Faith,” as well as her dreams and hopes as an actress. The drama will be Kim Hee Sun’s comeback to the small screen.

The photo spread and interview with the actress can be found in Harper’s Bazaar’s June issue.

Chanel
Kim Hee Sun
Bazaar
How does this article make you feel?