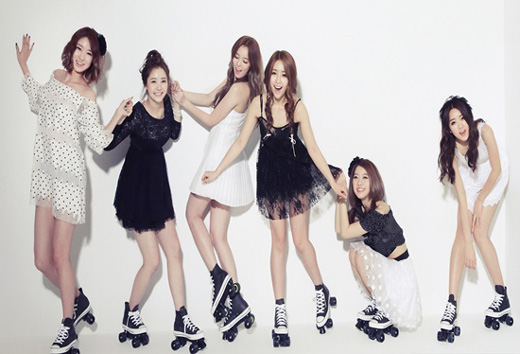 Dal Shabet transformed into beautiful girls that give off a true summer scent. They revealed the album jacket for their upcoming album “Bang Bang.” This album will be their first official album and is also significant because it includes the new member Woohee. (Who replaces Viki, the leader that recently quit)

The members are shown in roller skates and wearing cute black and white one piece dresses. Many of the members have wavy hair and makeup that give them a cuter look.

The producer E-Tribe stated, “If in the past Dal Shabet emphasized trendiness and style, this first official album focuses on melody. The new album also emphasizes the new member Woohee’s vocals. You will be able to see the matured musical prowess of Dal Shabet.”

“Bang Bang” will release on June 7.