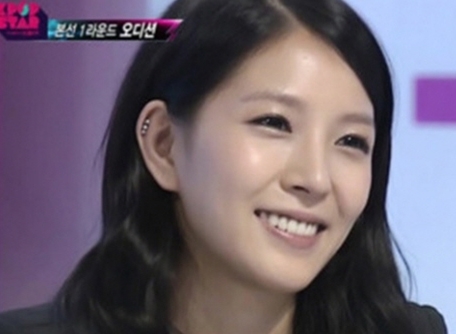 BoA’s Last Boyfriend Was a Celebrity

Netizens have been drawing up great interest when BoA shared stories about her past boyfriends.

On May 29, BoA was the guest on KBS 2TV’s “Win Win.” When the episode was over, previews for next week’s episode were aired. Next week’s episode will hold the second part to BoA’s appearance on the show. A snippet of the preview showed us that BoA will be talking about her past boyfriends. During the preview, BoA said, “The last time I dated was two years ago.” When MC Lee Ki Kwang asked, “Was that boyfriend a celebrity?” BoA kept her cool and immediately answered, “Of course.”

BoA’s dating experiences will be aired on the June 5 episode of “Win Win.”

During the first part of BoA’s appearance on “Win Win,” she covered many topics from the behind the stories of “K-Pop Star” as well as her hardships during her trainee days.

BoA’s “Win Win” appearance was her first experience being a solo guest on a talk show since her debut 12 years ago. She also spoke about receiving offers from 15 agencies, her success in Japan and even her stage fright.