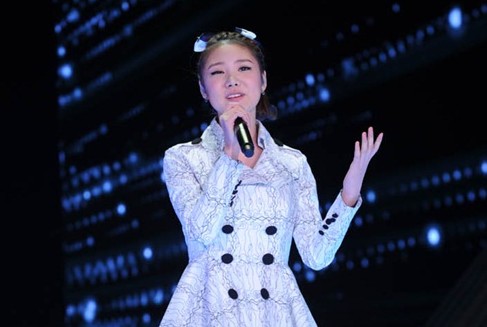 Kim Na Yoon from the recent SBS audition program, “K-Pop Star” is looking to debut as part of a girl group soon. Her cute looks, impressive dance and singing skills have placed her in the top 10 finalists of “K-Pop Star.”

A certain broadcasting company source spoke with OSEN on May 30 and said, “Kim Na Yoon has received calls from three different agencies (not SM, YG or JYP) and is currently going in and out of meetings with each agency. We believe that she has already finished a meeting with one agency at the time.”

The source continued, “The agencies are looking for girl group members rather than solo artists. We think there is a higher chance of Kim Na Yoon debuting as a girl group instead of a solo artist.”

Kim Na Yoon sang Adele’s “Set Fire To The Rain” on a live stage at “K-Pop Star” this past March. However, the judges thought it was too difficult of a song for her to perform, which unfortunately eliminated her from the show.

Kim Na Yoon
K-pop Star
How does this article make you feel?