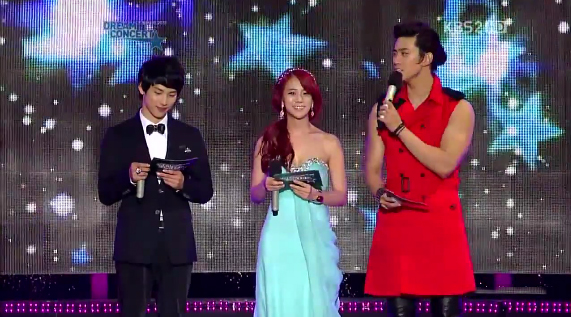 After taking place earlier this month on May 12, the 2012 Dream Concert was finally televised today on KBS2 in Korea.

Held at the Seoul World Cup Stadium, the event was MCed by 2PM’s Taecyeon, Kara’s Seungyeon and ZE:A’s Siwan.

Be sure to check out our exclusive video highlights of the concert.

Intro: “Balloons” by all artists