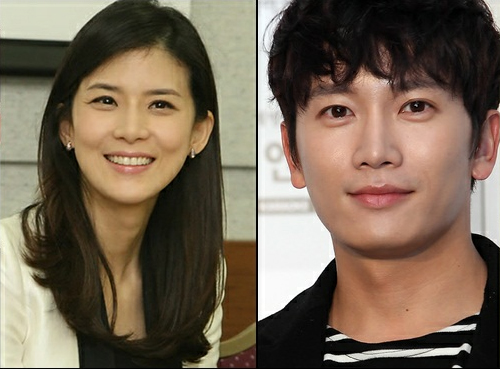 Long time couple Lee Bo Young (“The Equator Man”) and Ji Sung (“Protect the Boss”) denied wedding rumors. On May 31, one local media reported, “Lee Bo Young and Ji Sung will tie the knot this June. They’ve already completed their wedding photoshoot and plan on releasing an official press release a week prior to their wedding.”

However, a representative of Lee Bo Young’s entertainment agency stated, “News of their wedding is not true. Until recently, she was busy filming her drama, making it impossible to fit in a wedding photoshoot. There is no wedding planned for June, let alone this year.”

Ji Sung’s agency Namoo Actors echoed, “We have no idea how this rumor started. We’ve checked with him, and he revealed that the rumors are false. Both are extremely busy with their respective schedules and shoots. How would they have been able to shoot a wedding spread?”

Meanwhile, the two actors started dating in 2007 after meeting on the set SBS “Save the Last Dance for Me” in 2004.

Ji Sung
Lee Bo Young
Protect the Boss
The Equator Man
KPLG
Save the Last Dance for Me
How does this article make you feel?