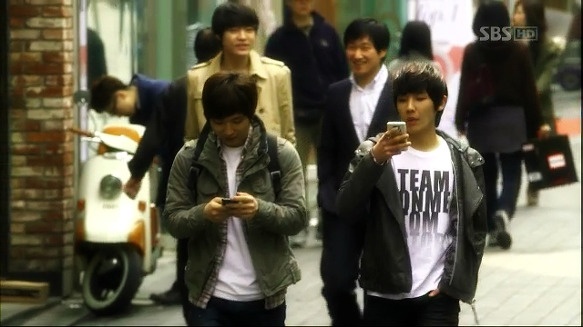 “Ghost” which stars So Ji Sub and Lee Yeon Hee had MBLAQ’s Lee Joon as a cameo for the show. The cameo was for the first broadcast of the show on May 30.

In the scene that Lee Joon appears as a kid looking at his cellphone and walking. He was only shown on the screen for about 3 seconds. The man next to Lee Joon is supposed to be MBLAQ’s manager.

The reason that Lee Joon is appearing as a cameo seems to be in support of fellow member G.O. G.O. currently appears on the show as “Lee Tae Gyun.’ “Lee Tae Gyun” works on the cyber investigation unit alongside So Ji Sub’s character.

Netizens commented on the appearance, “I knew I recognized that face from somewhere,” “Lee Joon is a true acting dol,” and “Even the manager appeared on the show, that is neat!”