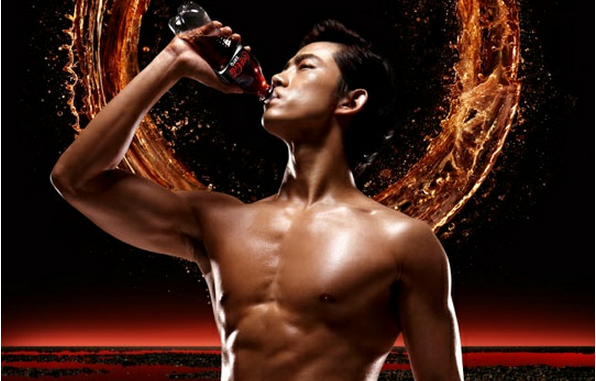 Beastly idol Tacyeon of 2PM displayed his aegyo by biting into his talisman. On May 30, he tweeted, “I received a talisman that’s suppose to drive away evil. Be gone demons! I hope the rest of the year is filled with only good days! Hehe,” and attached a photo of himself.

Taecyeon is seen biting into his talisman as he grins for the camera. Unlike his normally charismatic and beastly image, Taecyeon looked absolutely adorable in this lattest photo. Fans also noticed the strap of Taecyeon’s cast around his shoulders.

Earlier this month, Taecyeon had fractured his humerus while arm wrestling with his fellow 2PM members in Japan. While the surgery went well, it was announced that it’ll take more or less a month until Taecyeon’s arm is fully recovered.