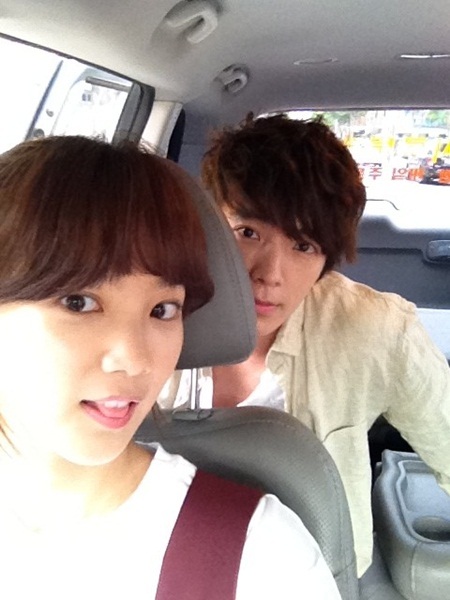 Super Junior’s Donghae and Yoon Seung Ah shows off their adorable nicknames for one another. On May 30, Yoon Seung Ah tweeted, “I am so sleepy but keep fighting. Do-chi [porcupine], fighting again tomorrow.” Yoon Seung-ah also posted a friendly photo of the two in a car.

Dong-hae replied to Yoon Seung-ah’s tweet by saying, “Good job to you too, Panda.”

The tweet has many netizens wondering how the two became so close. Some Netizens have commented, “It warms the heart to see two close friends” and “Dochi and Panda? Nice nicknames.”

As we reported earlier, Yoon Seung-ah and Dong-hae will play leading roles in Channel A drama, “Miss Panda and Porcupine.” The new drama is scheduled to air in July.