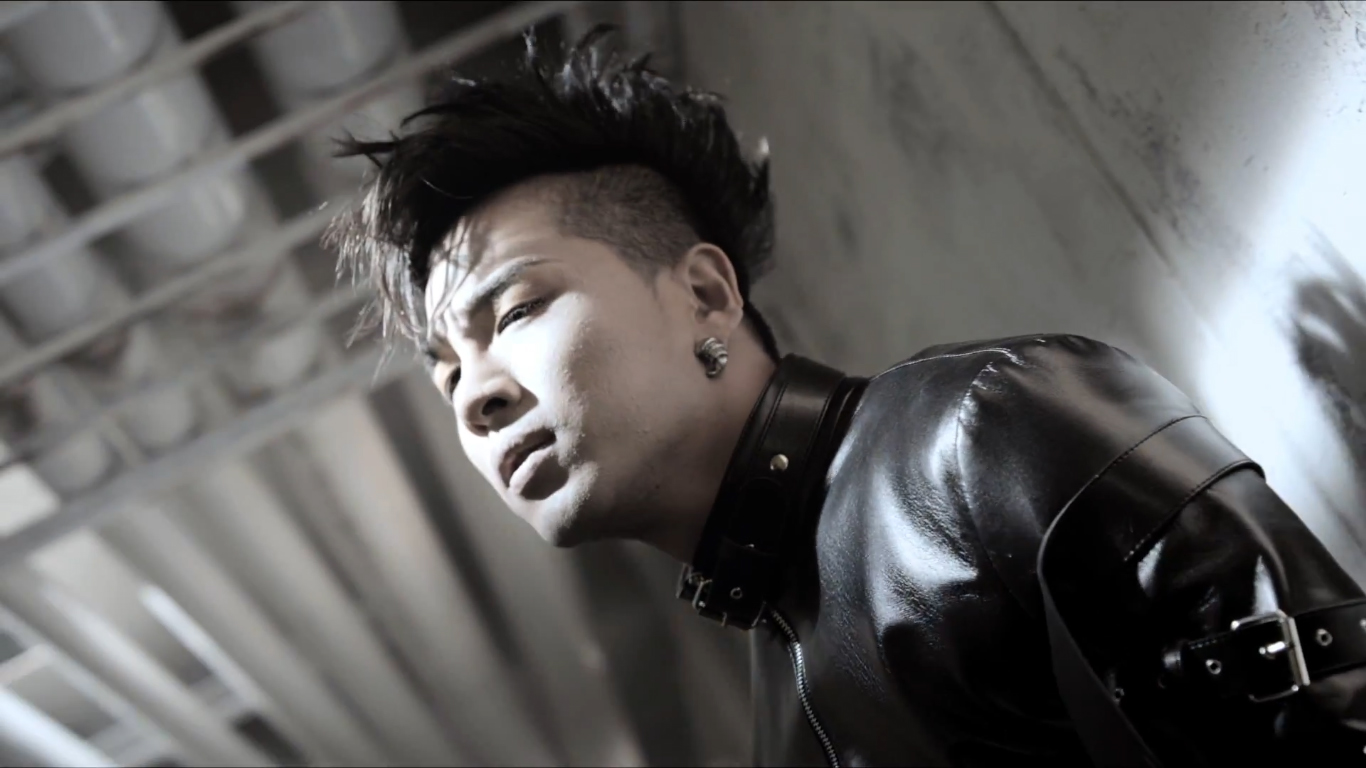 So far, teaser videos for three of the five members of Big Bang have been revealed. Now, Fans are treated to seeing a glimpse of Taeyang sporting his latest attire for the “Monster” music video. The all leather clad Taeyang looks like something straight out of a Tim Burton movie, reminiscent say of “Edward Scissorhands.” Though, as is Taeyang’s style, not much has changed in his overall appearance as he still displays the radish inspired Mohawk. But the tips have been curled over a bit which gives him this messy, just woke-up, bed-head look.

Accompanying the clips seen in the video is Taeyang’s part from “Monster” which, aside from the obvious, sounds very different compared to the rest of the teasers. Prior to Taeyang’s version, the track seemed to be heading down the route of a slow ballad. In this version a more up-tempo, electronic sounding beat and melody is heard with a hint of auto-tune added to his vocals toward the end of the clip. The same piano as heard in the previous teaser remains as the glue to hold it all together. This appears to lean more towards what the actual released track will sound like.

After hearing the four teasers released what are your opinions on “Monster?”