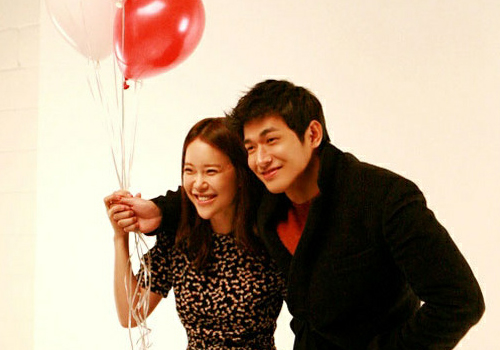 On the May 31 episode of tvN’s “Taxi,” Baek Ji Young revealed her thoughts about her boyfriend, Jung Suk Won, working with other female celebrities.

She candidly explained that when her boyfriend, Jung Suk Won was filming the drama, “Ojakgyo Family” with Uee, she felt that perhaps he was not just simply acting, but may have had other ulterior feelings. She ended up speaking with him about her feelings and misunderstandings.

Upon seeing him acting, however, she understood that her feelings were unfounded and viewed him in a different light: “When I went to premieres with my boyfriend and saw him on the screen acting with other actresses, I began to see him not as my boyfriend, but as ‘The Actor, Jung Suk Won.’” She even confessed that she does not get jealous about her boyfriend’s favorite girl groups.

She further revealed, “It doesn’t matter which actress he works with – I don’t get jealous.”

In addition to her thoughts about her boyfriend, on this episode of “Taxi,” Baek Ji Young spoke with passion about her participation as a judge and mentor on “The Voice Korea,” as well as sharing some thoughts about her most valued trainee, Yoo Sung Eun.