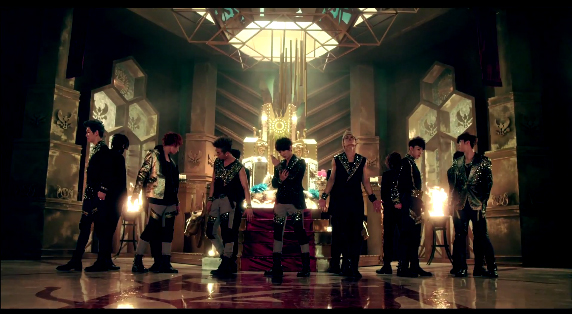 After releasing many individual teasers and also a prologue song, DSP Media‘s new boy group A-JAX has now released their official debut digital single and music video for “One 4 U.”

Recently it was reported that DSP had spent about $50,000 on computer graphics for the music video. Having a very detailed set, the members show off their singing, rapping and dancing for the first time.

Previously they released a prologue ballad song “Never Let You Go“ two weeks ago and featured label mate Hara from Kara. Having the pre-debut name of “DSP Boys,” they chose the group name “Ajax,” a mythological Greek hero. Known for having a colossal frame and being very strong he was the most valuable warrior after Achilles. The reason that they are going with this name is that the group “A-JAX” is to become a hero among idols.

A-JAX
DSP Media
How does this article make you feel?