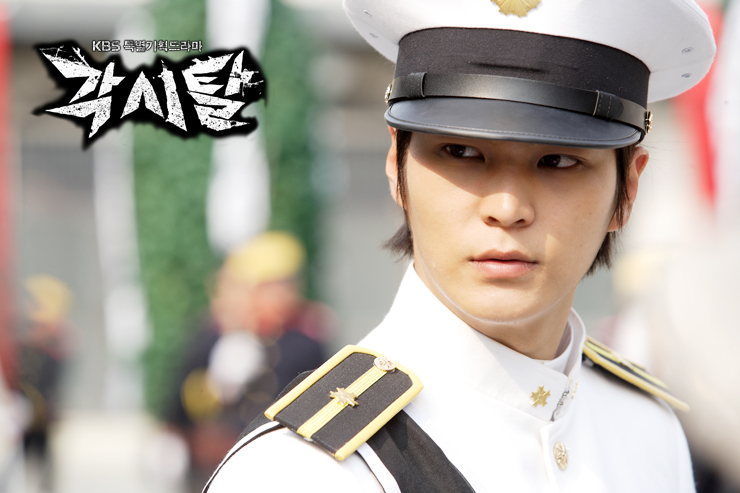 While KBS “Bridal Mask,” starring Joo Won and Jin Sae Yeon, saw a slight dip in its ratings, it still held on to its title as the leader in Wed/Thurs. dramas – well, in terms of ratings at least. For its second episode, “Bridal Mask” recorded 12.4% (AGB Nielsen), a 0.3% drop from the night before.

“Bridal Mask” is a period piece, set in the 1930s when Korea was annexed by Japan. The story is about a man named Lee Kang To (Joo Won), an ordinary man by day and a masked avenger by night. He wears a traditional Korean bridal mask as he fights for Korea’s independence. Initially, he was a pro-Japanese police officer who later inherited the role as the masked freedom fighter following his brother’s death.

Ghost
Joo Won
Kim Sun Ah
Lee Jang Woo
Lee Yeon Hee
So Ji Sub
The Equator Man
I Do I Do
Bridal Mask
How does this article make you feel?