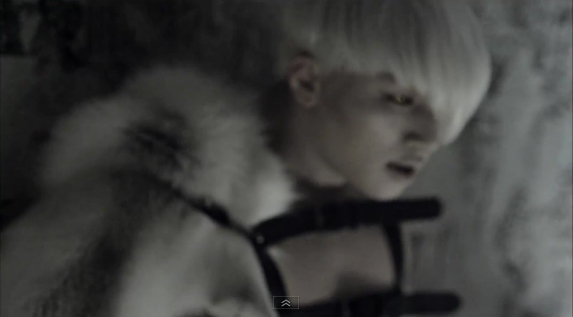 Daeseung‘s teaser for Big Bang‘s upcoming music video “Monster” was revealed online today. This is the fifth and final teaser as the ones for T.O.P, G-Dragon, Seungri and Taeyang have already been released.

In this teaser we can hear Daesung singing “I love you, baby I’m not a monster” in English. He is wearing the belt-like clothes there were seen in the previous picture teaser. While he is standing in the dark for most of it, we get a clearer shot of him before he runs off.

The music video will be released tomorrow, June 3, in Korea. The album will also be digitally released on iTunes at midnight, KST.

“Monster” is the title track of Big Bang’s special edition album “Still Alive.” The song has been announced to be a strong and bolder song than any of the other Big Bang’s previous songs.

Be sure to check out Soompi Exclusive previews of Big Bang’s “Monster” and “Bingle Bingle.”

Big Bang
Daesung
How does this article make you feel?