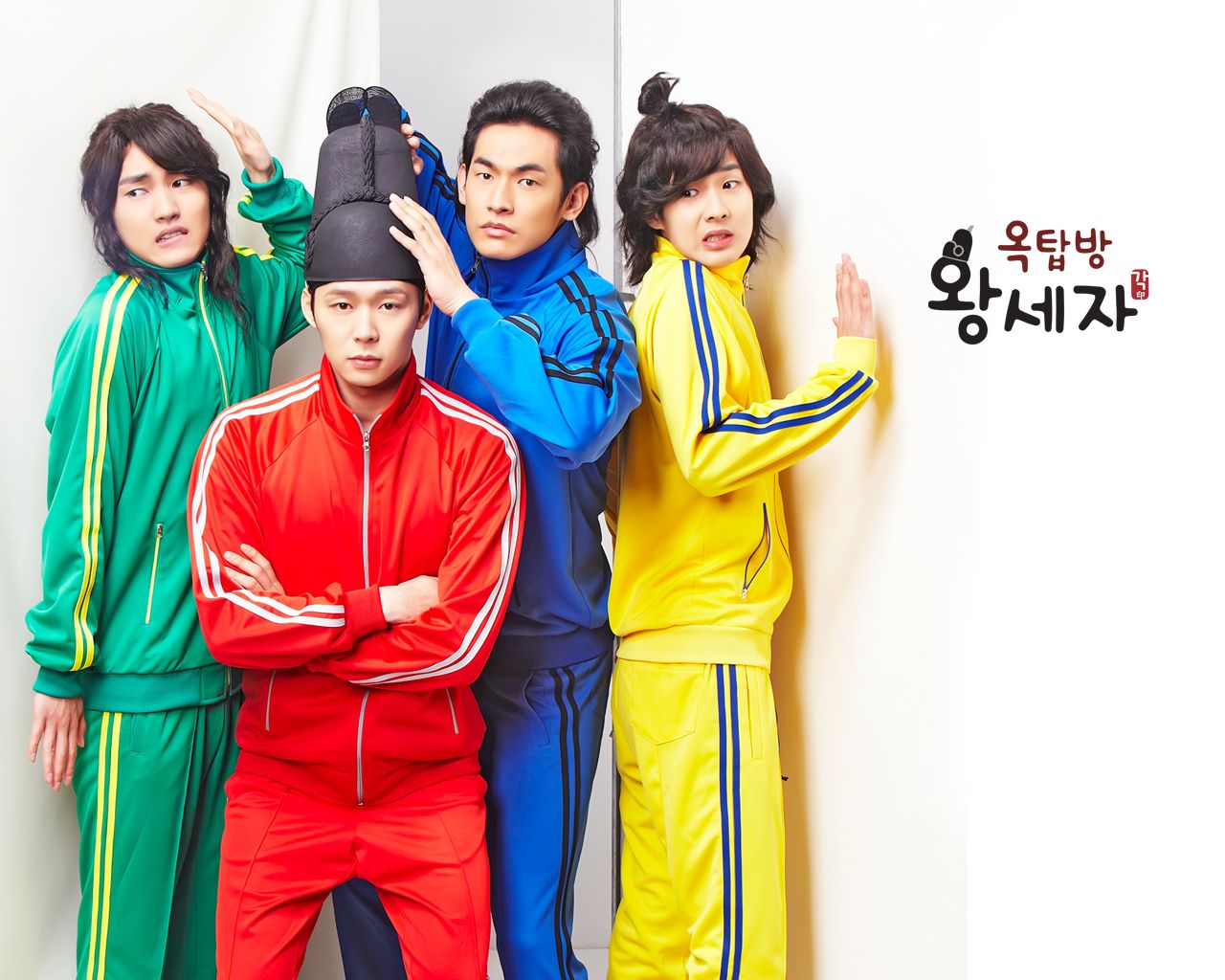 Fantasy dramas have not just taken over America, but South Korea as well. In recent years, producers were in a craze for body-swapping dramas. Now, it appears that the drama industry is completely infatuated and absorbed with time-traveling series. Whether it’s because of the looming apocalypse (that disaster will strike the planet on December 21, 2012, killing all life on earth), 2012 has been the year for time-traveling dramas. Maybe people seek solace in the fact that mankind may quite possibly avoid total destruction by bending time and space, although I’ve personally never thought about it that way. Hah! Or it could be that producers realized that they could capture both older and younger audiences if they mash sageuk and contemporary pieces together, creating several rather comical scenes where the time-traveling hero/heroine tries to learn and adapt to the ways of the place he/she is currently in.

The story revolves around Princess Puyeoju (Sung Yuri), the daughter of the last king of the Baekje who’s in love with a general named Ari (So Ji Sub). Another general from Silla, Kim Yoo Seok (Kim Nam Jin), is also in love with her, but only receives hate in return. In order to have her, he kills the princess’s lover. Devastated and cornered, she jumps off the cliff to kill herself – only to jump 1,400 years into the future, the then present 2003. Confused and scared, she meets Kang In Chul (Ari) and Fujiwara Tatsuji (Kim Yoo Seok) – both of whom have no idea of their past lives. The three find themselves in the middle of a love triangle…again…

“Rooftop Prince” is about a Joseon era Crown Prince Lee Gak (Park Yoo Chun) who was in the midst of investigating the death of his Crown Princess (Jung Yumi) when he and three of his most trusted men mysteriously get sucked into the future. In present day Seoul, they meet the reincarnation of the Crown Princess and decide that the doppelganger princess is the key to their return. Little do they know that his destined love (Han Ji Min) is the true answer to their prayers.

Who says you can only time warp a couple hundred years at a time. Everyone, at one point in their lives, has a specific period they would like to revisit and do things differently. In “Operation Proposal,” Kang Baek Ho (Yoo Seung Ho) realizes he’s in love with his best friend, who is about to marry another man, at her wedding. Too bad, he belatedly realized that she also had feelings for him in the past. Through a stroke of luck, he gets the chance to go back in time to make things right.

Unlike the other series, “Queen In Hyun’s Man” is different in that its time-traveling hero goes back and forth from Joseon to the present whenever he choses – albeit, he can only time warp to the future in near-death circumstances. Choi Hee Jin (Yoo In Na) is an actress who currently stars in a sageuk (historical drama) as Queen In Hyun. Through coincidence, she runs into Kim Boong Do (Ji Hyun Woo), a Joseon era scholar who was in the midst of trying to restore the real Queen In Hyun to her position and power. The two fall in love that truly bends time and space with parties on both sides opposing their relationship. “Queen In Hyun’s Man” is fresh and funny, especially because Kim Boong Do understands and utilizes his ability to time hop to his advantage.

Based on a Japanese manga, the fantasy-medical-sageuk tells the story about Jin Hyuk the cold-hearted, talented neurosurgeon who travels back in time to the Joseon Dynasty, where he performs neurosurgery using only the primitive tools from the era. While stuck in the past, he meets a nobleman’s daughter who bears a striking resemblance to the girl he loves in 2012.