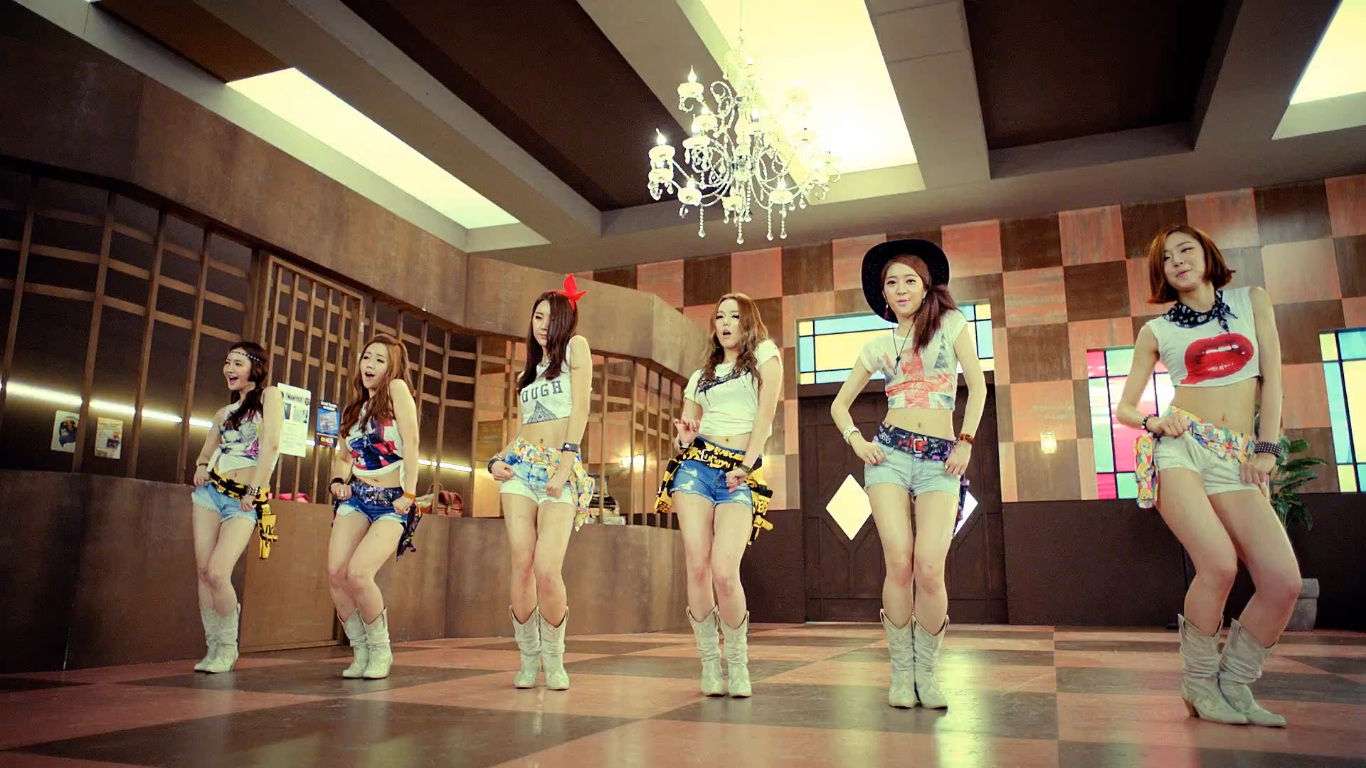 The girl group also shared the cover of their album jacket a few days ago. Their comeback marks the debut of the new member, Woo Hee, who replaced Dal Shabet’s leader Viki.

In their 1.5 year long career, Dal Shabet has released four mini albums that have received much love and positive feedback. The group has shown their ability to pull off a variety of concepts, ranging from the pop-cute concept from “Supa Dupa Diva” to their most recent sexy, tough image in “Hit U.”

“Mr. Bang Bang” teaser gives a glimpse of their new confident, sassy image as the six girls attempt to rob a bank with guns. Will they be able to succeed with their heist? We’ll find out when Dal Shabet releases their full MV soon!

Until then, be on the lookout for the release of “Bang Bang” on June 7.