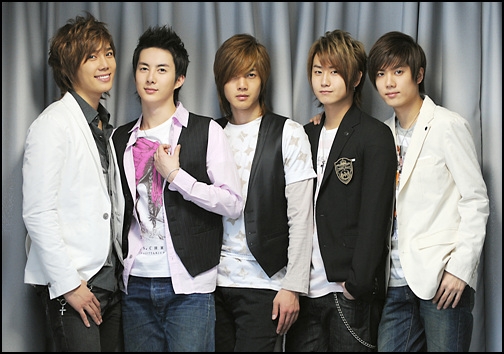 SS501 Gets Together to Say Goodbye to Kim Kyu Jong

SS501 gathered together to say goodbye to Kim Kyu Jong. On June 3, SS501 held a fan meeting despite the fact that all the members are not part of the same agency anymore!

Kim Kyu Jong said during an interview, “I am so thankful to the members who have come together despite their busy schedule. Although we contact each other often, this particular meeting feels more special.”

The title of the fan meeting was “Thank U Thank U with Triple S.” During the fan meeting, he revealed a song written for songs. He stated, “Although I have not decided on a title yet, I made the song thinking about you fans. Please listen to it well.” He also performed his solo song “What’s Up.”

Kim Kyu Jong will enlist into his mandatory military service in July.

Kim Kyu Jong
SS501
How does this article make you feel?