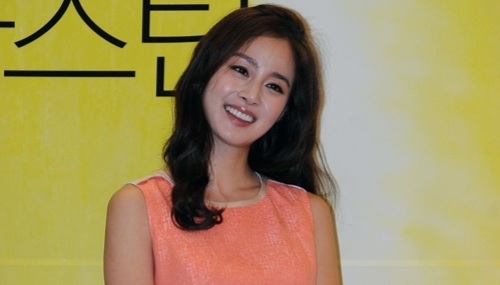 Kim Tae Hee: “If I Get Married Before 40 I Will Think That I Was Successful”

Recently, the ever-so-beautiful Kim Tae Hee gave her thoughts about marriage. On June 4, she attended an Elastine fan meeting. Currently, Kim Tae Hee is representing Elastine, which is a Korean shampoo brand.

The fan meeting was held at Seoul Seungsu-dong’s E-Mart. There she was asked, “What are your plans on marriage?”

Kim Tae Hee replied, “Dating, marriage, and becoming pregnant isn’t something that can happen because you plan it. Now that I am getting older, my wish is that I won’t get married too late. That is the most difficult for me. However, if I get married before 40 I will think that I was successful in terms of marriage.”

As we reported before, the fan meeting was held so that Kim Tae Hee “can get closer with consumers.” Originally, Jeon Ji Hyun has been the model for Elastine shampoo for the last 11 years.

Kim Tae Hee
Elastine
KPLG
How does this article make you feel?