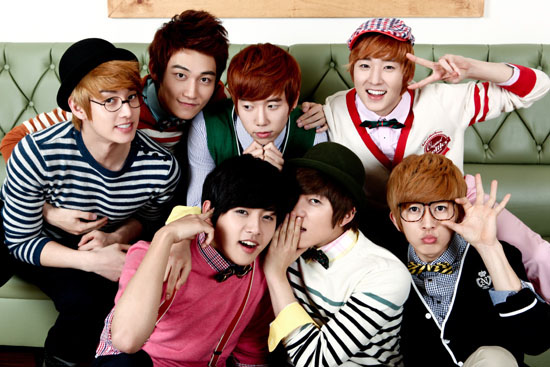 U-KISS’ new album “The Special to KISS Me” was released today on June 5. This album is the first special album that contains a total of 6 songs. The album released before this one was their 6th mini album “Dora Dora.”

The song “Te Amo” which is a part of the album (and means I love you in Spanish) was released first on June 1. This song was made by the producing team “BEATAMIN.”

The song contains a saxophone song that is both strong and clear. The song fits in well with the atmosphere of a hot club in South America. This song is perfect for summer and after its release, it is maintaining its high position on music charts.

The title song of the album is “Believe.” The song is about a man who is changing from a bad boy to a guy that you can trust because of the woman he loves. The song is upbeat and shows rap and vocal talent which feature U-KISS and how much they have matured.

After the special album activities in June, they will do a tour that will go through 9 different cities in Japan such as Tokyo, Osaka, and Sapporo.

U-KISS
KPLG
The Special to Kiss Me
Believe
Te Amo
How does this article make you feel?