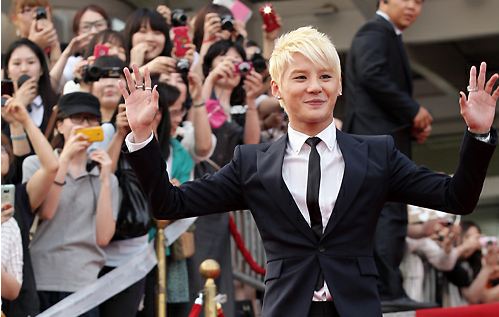 JYJ’s Junsu Happy to Appear on TV for Musical Awards

JYJ’s Junsu gave his acceptance speech for the popular award he received during the “6th the Musical Awards.” The musical awards ceremony was held on June 4.

Junsu tweeted on June 4, “Thank you for the fans that gave true support. Thank you for the popular award. It is because of you fans that I was given the chance to be nominated for two years in a row with the best actors, within the short period of time which is 3 years. Thank you and I love you.”

Junsu continued, “Also, through today I have finally taken care of my resentment towards appearing on broadcast. (Because he appeared on television) That was also through a musical. Also, thank you Seung Woo (Dr. Zhivago). I congratulate you! Congratulations to ‘Elizabeth’ for receiving 9 different awards.”

Junsu
JYJ
Elizabeth
How does this article make you feel?