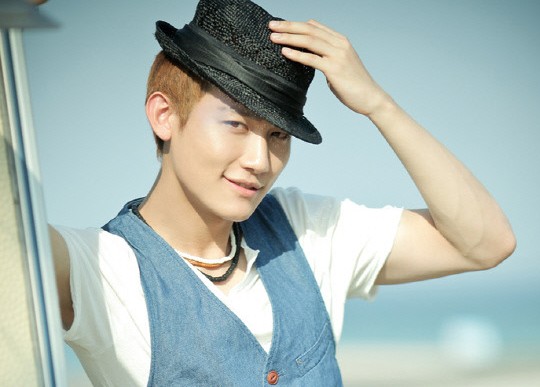 U-KISS member AJ‘s acceptance to Columbia University, one of the most prestigious universities in the US and a member of Ivy League schools, is drawing attention. Although it was first announced last year in September, Korean media has been recently covering it again.

AJ debuted as a member of Paran back in 2008 and is currently a member of U-KISS. Although he spent most of his adolescent life as an Idol and kept a busy schedule, he always found time to study and prepare himself for higher education.

AJ also learned to compose songs and has been officially registered as a songwriter in Japan. He wrote the title song “Believe” of U-KISS’s most recent special album, “The Special to KISS Me.” AJ has previously told others that studying was easier than composing a song and working as an entertainer.

U-Kiss’s agency NH Media commented, “Since AJ has successfully executed both his career as an idol and as a student, getting into a prestigious school like Columbia University, several home-school material companies and other educational institutions have been offering endorsement contracts. Moreover, AJ has been getting invitations from several institutions to lecture about his secret to getting into Columbia University.”

Meanwhile, U-Kiss released special album “The Special to KISS Me” and will make a come back on June 7 on Mnet “M! Countdown.”

AJ
Lena Park
U-KISS
The Special to Kiss Me
Columbia University
How does this article make you feel?