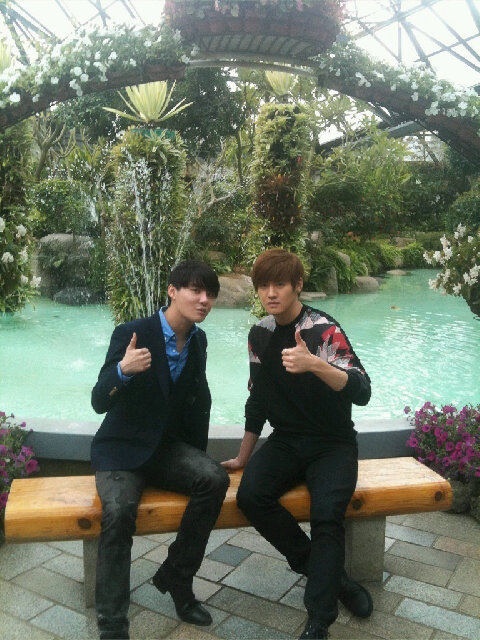 Juno uploaded the selca picture on his Twitter with the caption: “Finally, a selca with Junsu!” on June 5.

In the selca photo, Juno and Junsu are sitting in the passenger seat and rear-passenger seat, respectively, but both are facing the camera while making the V-sign with their left hands.

Netizens and fans who came across the selca photo reacted with diverse responses: “So their poses are the same because they are twin brothers?”, “It is good to see them always rooting for each other,” and “The two really do look alike.”

Meanwhile, Junsu was awarded at The Sixth Musical Awards for his role in the musical, “Elizabeth” on June 4.