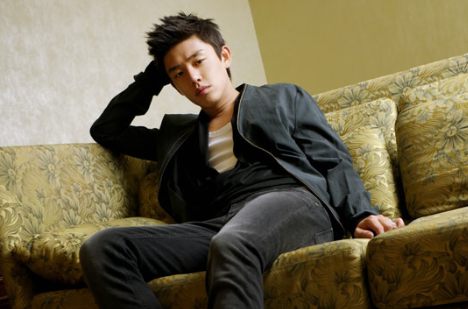 Yoo Ah In Reveals Thoughts About His Role in “Fashion King”

In a recent interview with TV daily, Yoo Ah In, who stars as Kang Young Gul from “Fashion King,” contrasts his own ambitions and thoughts on love to that of his character.

Yoo Ah In has lately been garnering much interest for starring in the SBS drama series “Fashion King” as Kang Young Gul. Anyone who has seen “Fashion King” can testify how convincingly Yoo Ah In portrays the raw ambition and relentless scheming of the immature yet talented designer, who was raised off the streets.

In response to what his own ambitions might be, Yoo Ah In stated,

“My ambition would be…to get a better house? (laugh) Although I still rent out where I live now, I have been slowly expanding the area of my home down in Daegu while commuting to Seoul for work. Right now I live in a studio that spans no more than 355 square feet. I have always dreamed of having my own place that is well-built and nicely furnished. Like the time Young Gul moves into the home of Lee Jae Hyuk (Lee Jae Hoon), I haven’t forgotten my own ambition to buy a great home.”

In the drama, Kang Young Gul is the love interest of two female characters, Lee Ga Young, who is played by Shin Se Kyung and Choi An Na, who is played by Kwon Yuri. (Spoilers)  However Yoo Ah In’s character dies, unable to discover love or wild financial success.

When asked about what kind of preparation he took for the role, Yoo Ah In stated,

“I guess I was able to play the role of Young Gul convincingly because I too have experienced similar hardships. In Young Gul’s case, he doesn’t realize it but his childishness actually makes him all the more charismatic and attractive. However, because of he is blinded by ambition, his existence turns into a lonely and difficult one. Even if Young Gul hadn’t died, I doubt he would have been able to find happiness.”

Although Yoo Ah In admits he has had his fair share of hardships, he explains that he doesn’t want to let the past determine his future and affect his pursuit of happiness.

“When you consider the grand scheme of things, sometimes the entire act of living your life can appear meaningless and dismal. Even so, I don’t necessarily try to read too deeply into that to uncover the ultimate meaning of life. There are plenty of things that making life meaningful. For example, I think loving someone is certainly full of meaning and not done in vain. And I believe that’s true because you might be together with someone for say, a year- and once you break up, you might not be able to see that person ever again.”

In spite of all that he has been through, Yoo Ah In continues to cherish the act of loving someone. When asked whether he was currently in a relationship, he responded truthfully but ambiguously,“Do I have a lover? I have always loved someone. In the past I loved someone, I might be seeing someone now, and I have plans in the future to share my life with that special someone. (laugh)”

Yoo Ah In went on to emphasize the importance of love and the value he places on it,

“Working, socializing and spending money you’ve earned. Love is just as important as all of these. In this aspect, my character Young Gul is the complete opposite as he pursues money and success more obsessively than love. You could say he doesn’t really understand what love is. From Young Gul’s point of view, he didn’t necessarily have the time or money to invest in love. He never actually points this out to his rival Jae Hyuk, ‘I don’t have extra time like you do.’ However I believe that no matter how difficult or busy your life gets- you can still find time for love. Since Young Gul had never experienced love, his desire to succeed ultimately took form as the being he loved.”

When asked for his thoughts on the kiss scene his character shared with Lee Ga Young, he replied,

“When I first filmed that kiss scene with Ga Young, I thought that it was well-suited for my character Young Gul. Having been unable to express how he felt for Gayoung, she kisses him first and forces him to confront his feelings. Although she made his heart skip a beat, he stops himself from dwelling on it further by thinking, ‘This isn’t right’- which made me like this scene even more because it’s adorable.”

In “Fashion King” Young Gul forces a kiss by ambush on Choi An Na. In response to whether Yoo Ah In himself had ever dared to attempt something similar, he waved his hand as if to dismiss it saying,

“Ambush kiss someone? I’ve never tried that before. Unless it’s consensual I wouldn’t. (laugh) If the other person doesn’t have feelings for and you force a kiss on them, wouldn’t that be considered molestation? Haha.”