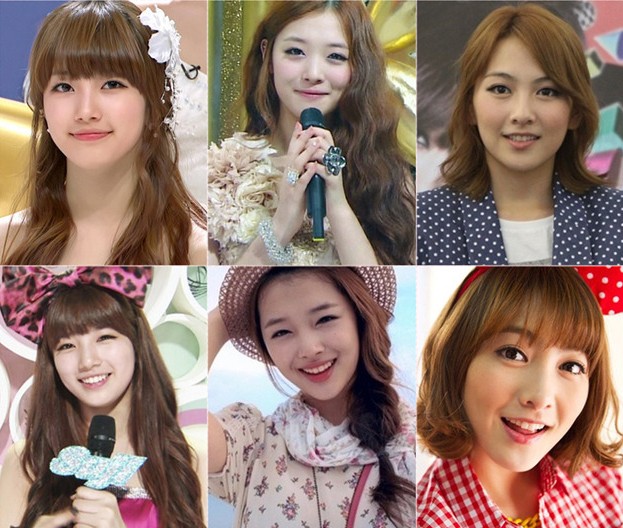 The average height of Sulli, Kang Ji Young, and Suzy is about 168cm (approximately 5 feet 6 inches), which is much taller than the average height of Korean women. The abnormally small faces of these three idols also accentuates the bigness of their body in comparison. In the revealed pictures, the three so-called “Big-Sized” idols are standing next to f(x)’s Krystal, Jewelry‘s Yewon, and Kara’s Han Seung Yeon, who are only about 162cm (5 feet 3 inches). Such comparison makes Sulli, Kang Ji Young, and Suzy look even bigger than their real stature. Some netizens gave unique nicknames to these three idols: Sulli is called “Sulliphant (Sulli + Elephant),” Kang Ji Young is “Kang Giant,” and Suzy is “Sukkiri (Suzy + Kokkiri, which means elephant in Korean).”

These three “Big-Sized” idols turn out to be the youngest members in their groups. Compared to younger members of previous generation’s girl groups like S.E.S‘s Eugene and T.T Ma‘s Soy who appealed to fans and audience with their small stature and lively, girly cuteness, the change in the trend of younger female idol members is apparent.

Netizens commented on Sulli, Kang Ji Young, and Suzy’s new title as “Big-Sized,” “Where’s T-ara’s Hwa Young? She’s big, too.” and “How can you call a female idol an elephant? Rude.”