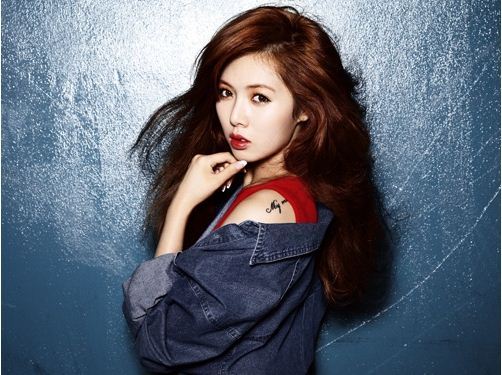 HyunA Wants to Open Her Dating Life Up to Public

On the most recent episode of Mnet “Beatles Code Season 2,” 4minute‘s HyunA expressed that she wants to reveal her relationship to public when it happens. HyunA turned to MC Shindong and said, “I want to open up about my relationship like you do.” However, older generation female idols Soy and S.E.S Shoo were not approving of the idea.

Soy rejected the idea, “No way! If you are going to tell the public about your relationship, do it on the day of your wedding.” However, HyunA did not give up her wish to publicly announce her future relationship, “The public image people see of me is very harsh. I feel like if I keep my relationship a secret, this will only get worse.” Soy and Shoo tried to talk HyunA out of it, “No, you can’t get caught with things like that. You’re going to regret it later.”

Especially Soy was adamant. She used her friends Shoo and Kan Mi Youn as examples and commented, “We never opened up about our past relationships. Even when people and journalists wrote about them, we either flat out denied or never bothered to comment on them.”

Shindong asked, “Are you saying that some of previous relationship rumors you had are true?” Soy answered rather ambiguously, “Some were true and some were not.”