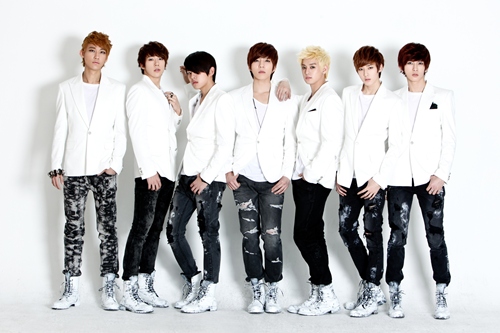 U-KISS Will Be Performing At “a-nation” in Japan

On August 29, idol group U-KISS will be performing at “a-nation,” which is Japan’s largest summer music festival. They will be onstage at the Ajinomoto Stadium in Tokyo. The event is held every summer in Japan and is sponsored by the biggest entertainment agency, AVEX. It has been over ten years since the festival first started, and it holds a record of having over three million people attending. There will also be other top Japanese artists performing, such as Ayumi Hamasaki, EXILE, and AAA.

Besides U-KISS, other Korean groups that will be performing at the festival are DBSK, Super Junior, and Big Bang. U-KISS, since debuting in Japan six months ago, will be listed next to the top artists on the list of performers for “a-nation.” Also, before performing at “a-nation,” they will be performing during the Japan Music Week, which is ten days long. On August 9, they will be at the Yoyogi Stadium in Tokyo for the “Asia Progress M,” which is a festival consisting of male groups from Asia. Their popularity is being realized with them performing as a top male group representing Asia alongside AAA from Japan and Aaron from Taiwan.

Meanwhile, U-KISS released their special album, “The Special to Kiss Me,” on June 5. They had their first stage for their title song, “Believe,” on “M! Countdown,” on June 7, to begin their promotion for the special album.

U-KISS
The Special to Kiss Me
Believe
a-nation
Japan Music Week
Asia Progress M
How does this article make you feel?