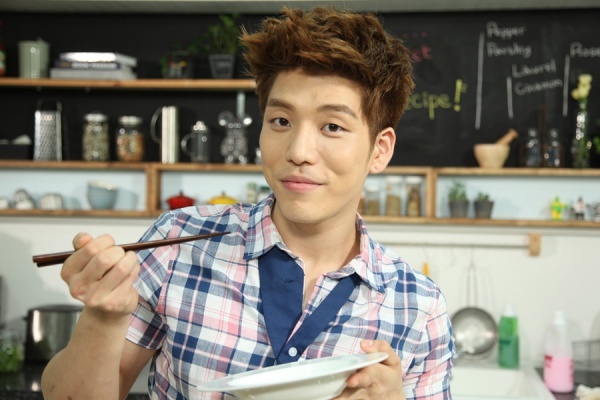 Lee Ji Na, the director of the musical, “La Cage,” also acknowledged 2AM’s Lee Chang Min. On June 8, he tweeted, “Attention, attention!!!” Along with the tweet, he attached a photo. In the picture, it shows the notes he wrote while practicing for the musical. It says, “Walk well. It got better after using hands, however, slowly lessen,” and “Don’t stick out neck and move balance towards the back.”

Lee Chang Min’s tweet was retweeted onto the official twitter of the musical, “La Cage.” Then, it was once again retweeted by the director, Lee Ji Na, and along with it she wrote, “Truly a hard worker… He didn’t even eat in order to make his body smaller and if I scolded him, he would practice all night to fix it.. Impressed..” In response to her compliment, Lee Chang Min said, “I will work even harder!!! I feel my energy going up, up!!”

Netizens who saw the tweet said, “I believe that your seniors around you will say good things about you. Fighting,” “I can feel Lee Chang Min’s efforts,” “Lee Chang Min, acknowledged by a musical director too,” and “I also learn from seeing Lee Chang Min working hard.”

Lee Chang Min is the character, Jean-Michel, who is the loving son of Albin and Georges in the musical, “La Cage.” The musical will have its first opening stage on July 4.

2AM
Lee Chang Min
La Cage
Lee Ji Na
How does this article make you feel?