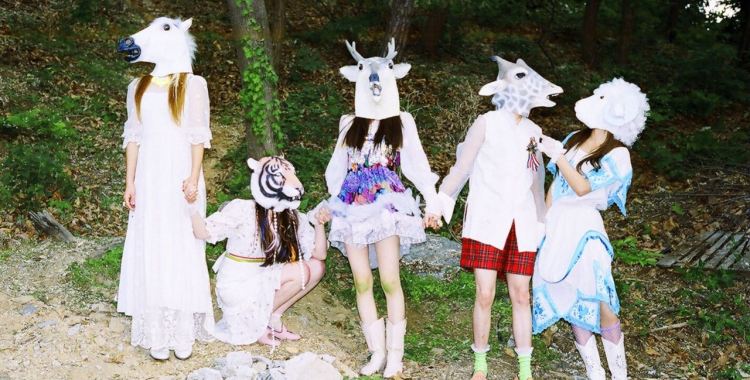 F(x) makes a comeback this summer with their second mini-album titled, “Electric Shock.” The title track is of the same title and is an energetic electronic dance number. The song compares falling in love with an electric shock. There are a total of six tracks in this album.

Rock band, Boohwal returns with their thirteenth studio album titled, “Purple Wave.” The title track is “Cold,” a rock ballad with lyrics about one-sided love. There are a total of ten track in the album including “Color of Merging” and “Adding the Name of Love.”

Hyung Don and Dae Jun have come together with their first album, “Gangster Rap Volume 1.” The album took one year to complete and comedian and member of the group, Jung Hyung Don composed and penned all the songs. The title track is “Gloomy Song,” a hilarious hip-hop number about a broken-up couple.

Buzz, who had released a special album, “Fuzz Buzz” last November, returns with a brand new single titled, “Return.” The title track, “Heart is Crying,” is a sad number about a man’s feelings soon after breakup. The song was composed by Buzz guitarist, Yoon Woo Hyun.

Producer, Choi Gap Won releases his first project album titled, “The Lyrics.” Choi is known for producing albums for top artists such as Gummy, Baek Ji Young, IU, Zia, and Wanted, among many others. The first single for this project album is “Should I Catch a Cold,” a collaboration featuring Wheesung and Soul Star’s Lee Seung Woo. Listeners will be able to hear Wheesung’s emotional rap and Lee Seung Woo’s vocals.