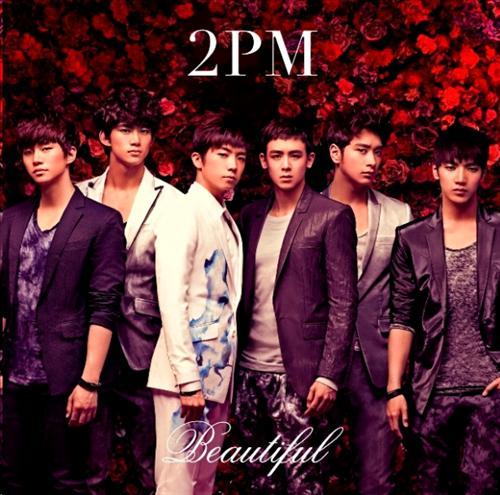 2PM‘s newest Japanese single titled “Beautiful,” which was released on June 6, has been well received by their Japanese fans and recorded 73,529 sales on the first day, bringing the album to the number two spot on the Daily Oricon Chart.

On the same day, the group released the DVD for the previous years Arena Tour that had garnered over 100,000 fans in total. “Arena Tour 2011 – Republic of 2PM” rose to the number one spot for the DVD Album Daily Oricon Chart. On the overall DVD chart, it was number two.

Even before the release of the song “Beautiful” had already garnered interest because it was featured in a Japanese commercial for Sempio Fucho. The album also contains “Kimi Ga Ireba,” which was written by member Junho.

To celebrate the release of the new album, 2PM will be spending time with their fans througha high touch event on June 9 in Osaka and June 16 in Tokyo. The group will also be participating in “MTV VMAJ(VIDEO MUSIC AWARDS JAPAN 2012)” alongside famous Japanese artists.

For those of you who haven’t seen the commercial yet, take a look below!