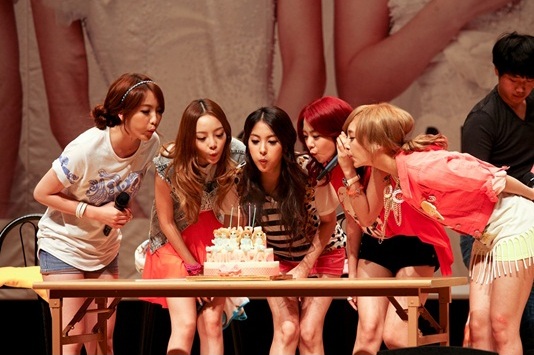 Kara joined the fan meeting and stated, “Last year at the fan meeting we decided that June 11 would be Kamilia Day. We are so happy that we are able to spend this year with all of you.” While Kara was performing “Dear Kamilia,” the fans surprised the Kara members with a card that had a heart with the name Kara next to the name.

The fan meeting lasted for an hour and towards the end they stated, “We are sorry because we didn’t have a lot of chances to meet because of our Japanese activities. Soon Kara will appear in front of you with a new album.”

KARA
KPLG
Kamilia
How does this article make you feel?