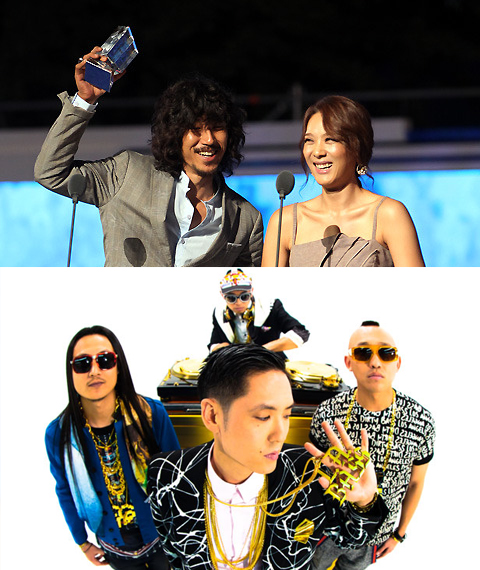 The reaction of overseas fans to the song was even more amazing. Fans comments poured in praise for the song on iTunes saying, “Yoon Mi Rae’s rap was really amazing,” “Cool,” and “This version is the best!”

Far East Movement took to their official Twitter to show their gratitude for the couple on their participation in the remix, “Huge thank you to Yoon Mi Rae ‘n Tiger JK on the ‘Live My Life’ reeemix!”

Tiger JK and Yoon Mi Rae’s relationship with Far East Movement is expected to continue. A Jungle Entertainment official had this to say, “Another song featuring or a joint performance in the future is very likely.”

Lately, the trend for many Korean artists and groups is to collaborate with the most popular musicians around the globe, especially with other artist in the United States. They see it as a way to gain exposure and increase awareness of Korean performers and music on an international level. It also is beneficial to the world artists as they too are able to gain a larger audience and broaden their musical influences from the collaboration.

In September of last year, Yoon Mi Rae had the honor of being chosen as one of “The 12 Best New Female Emcees Dominating Mics Everywhere” by MTV Iggy in the US. Not long ago, Tiger JK and Yoon Mi Rae attended the “K-Pop Night Out” showcase in Singapore where they were praised as being the Korean Jay-Z and Beyoncé.