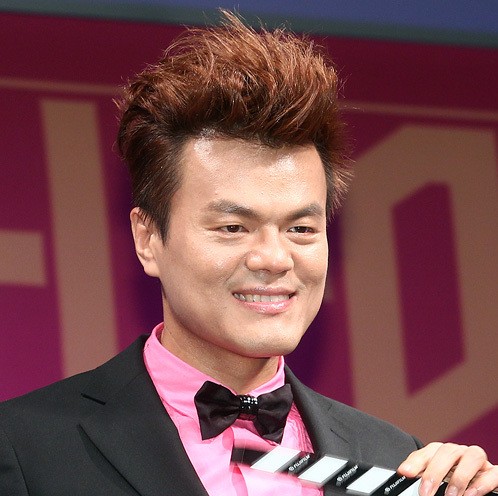 On June 13, JYP attended the “5 Million-Dollar Man” movie show case in Seoul during which he was asked about Wonder Girls’ Sunye’s comments. He began by saying, “Recently, Wonder Girls Sunye confessed saying that she did not want me to put JYP in their songs anymore. If that’s the case, they should look for songs written by other composers.”

During the latest broadcast of KBS 2TV’s “Gag Concert” Sun Ye expressed her feelings directly to the CEO, “Please do not put ‘JYP’ in our songs.” Her statement caused ‘Sun Ye disses JYP’ to rise in interest among netizens as it became one of the top searched for terms on the Internet.

“Fortunately for me, this time JYP was left out of their song,” he replied with a laugh as he was referring to the Wonder Girls newly released hit “Like This.”

5 Million Dollar Man
Gag Concert
JYP
Sunye
Wonder Girls
Like This
KPLG
How does this article make you feel?