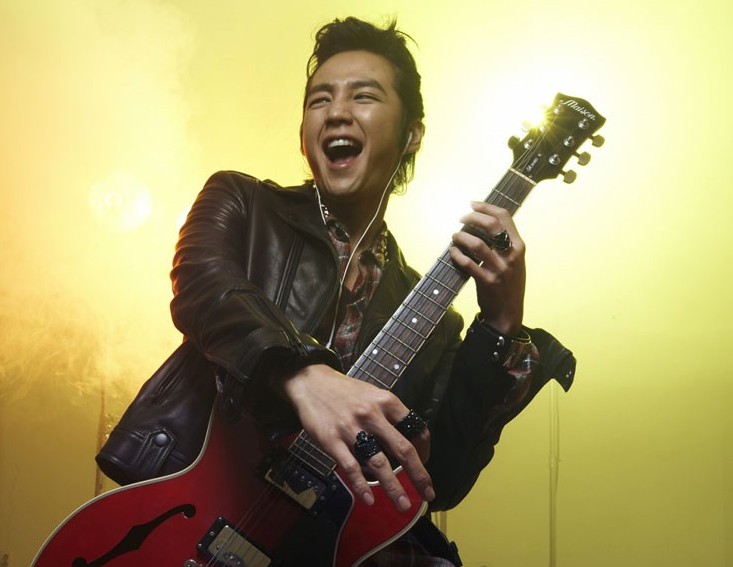 Will Jang Geun Suk Be Able to Show Off Six Pack at the CRI Show?

On June 13, Jang Geun Suk posted on twitter, “It has begun! Project ‘Get Rid of Baby Belly’ has started! Will Geun Suk be able to take off his shirt and play the guitar on stage at the CRI Show?” Along with the comment, he posted a picture of himself. The revealed picture shows Jang Geun Suk at a gym. His wet hair suggests that he was working out before taking the picture. He looks a little tired, but also excited and refreshed simultaneously.

Netizens commented, “Sweaty Jang Geun Suk is sexy,” “It’s been a while since the last time I saw you without makeup on,” “This messy look is very masculine,” and “I hope you do get the six-pack you want and play the guitar without a shirt on.”

Jang Geun Suk will begin his Asian tour concert series “2012 Jang Guen Suk Asia Tour The CRI Show” in July. The tour will begin in Seoul, Korea and then visit Japan to perform in four cities (Yokohama, Osaka, Nagoya, and Fukuoka). After the Japanese tour, he will then move on to Shanghai, Shenzhen, Taiwan, and Thailand.