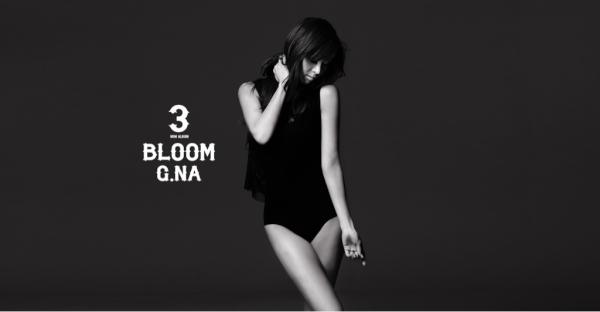 G.na’s “2HOT” increases its lead on top of the chart, breaking the 900 point plateau this week and becoming the No. 1 song for the second consecutive week. This song is still being under appreciated at major networks as its only chart topping performance was winning the Music Bank K-Chart a week ago. Still, the strength of “2HOT” is in our other sources: Airplay, GAON, Billboard, and various internet charts, enabling the song to increase its lead over its closest challengers.

No. 2 and 3 this week exchanges places from last week. Infinite’s “The Chaser,” the darling from major networks, moves back up to No. 2 this week with its highest score to-date of 861. Dropping one spot at No. 3 is Baek Ji Young’s “Good Boy”.

There are very strong challengers from behind eager to break into the top three next week, so all three songs have to step up another notch just to keep their current positions.

We have four new songs in the top 10 this week. Right below the top three at No. 4 is Teen Top’s new song “To You” from the group’s mini-album “Artist.” Produced by Brave Brothers, “To You” is a polished dance number with dreamy sounds. The song is about a boy who is unable to forget about the girl he loves. “To You” ties Teen Top’s highest ranked song on our chart so far. Their previous high was also at No. 4 achieved earlier this year with “Crazy”.

At No. 7 is another rising boy band B1A4 having their first ever top 10 hit “Sleep Well Good Night,” coming from the special edition of their first album “Ignition.” Their previous high on the chart was “Beautiful Target” getting to No. 12 last year. Composed by the leader of the group, Jin Young, “Sleep Well Good Night” is a listener friendly electronic synth pop number that hold lyrics about a playboy who dreams about going out to party after his girlfriend falls asleep.

The last two new songs on the top 10 this week almost certainly will be battling for the top spots next week. Who could forget the epic battle between Big Bang’s “Lie” and Wonder Girls’ “Tell Me” on our chart back in 2007? “Lie” scored a soompi chart record seven weeks on top (a record that I think will never be duplicated again) followed by “Tell Me” spending the next six weeks as our No. 1 song.

Five years later now, the two groups have become superstars and once again they are locking head to head. Round two of the “Wonder Bang” battle features Big Bang’s “Monster” and Wonder Girls’ “Like This.” The two songs debuted at No. 8 and 10 respectively this week.

“Monster” is from the special edition of Big Bang’s “Alive” album titled “Still Alive.” It is an energetic number composed by famous German DJ, BOYZ NOISE, with G-Dragon and T.O.P also involved in the making of this song.

As for “Like This,” it is from Wonder Girls’ fourth mini-album titled “Wonder Party.” It is a JYP written hip-hop number. The electronic hip-hop sounds showcase the girls’ charms.

Comment: Rock band, MOI releases its album, “Aquamarine” this year. There are a total of five songs, with the title track being, “I Know.” These rock-based numbers have pop sounds, making it enjoyable to all that give them a listen.