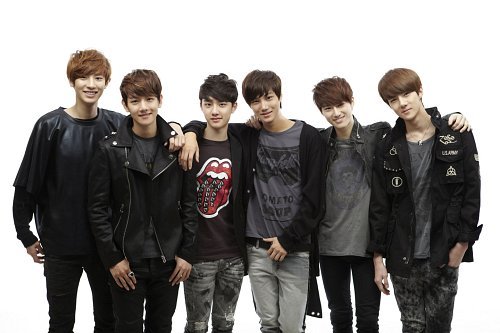 The newly debuted group, EXO-K, has wrapped up a successful promotions campaign for album “MAMA,” which has reached over 100,000 sales.

Released on April 9, “MAMA” was EXO-K’s first mini album; the album was consistently popular since its release, selling over 100,000 copies in two months. In addition to the 100,612 EXO-K album sales, EXO-M sold 51,643 copies of the Chinese version of “MAMA,” ending the total album sales at 152,255, the most for any new groups this year.

The group debuted to a fantastic start, with over 30 million views on their videos just 100 days after starting their online promotions. Starting from their first official stage performance on April 8, EXO-K quickly captured the fascination of fans worldwide with their grand sound, colorful performance, and stunning visuals.

The group was chosen as the models for Calvin Klein, Ivy Club, and other brands, and continues to receive love calls from brands from a variety of industries. They are quickly establishing themselves as stars of the next generation not only in music, but also in fashion and advertising.

EXO-K expressed, “As it was our first promotional activity since debuting, we were able to learn and feel a lot, and it was a very dear time for us. We’re really thankful for all the fans who cheered us on, and we’ll use this experience as a foundation for us to continue growing and trying our best. Please continue to show us much interest.”

EXO-K finished up their “MAMA” promotions last weekend with a goodbye performance on a music program. They will now be focusing on promotions abroad, as well as working on a new album.