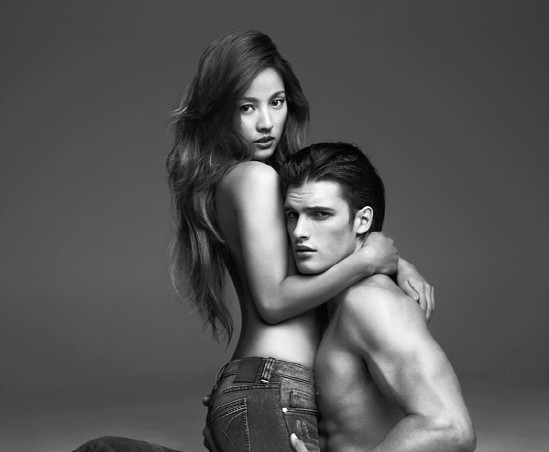 Despite having a boyfriend, it appears that Lee Hyori has not lost her touch for captivating men with her sexy body! Lee Hyori appeared in a shockingly sexy photoshoot for the July issue of “Officiel Hommes.”

The photoshoot was for Calvin Klein Jeans & Underwear. The male model that Lee Hyori appeared with is the top model Matthew Terry. He has appeared on the cover for magazines such as “V Men” and “Vogue Homme Japan.”

As one can see in the pictures, there was a lot of exposure for the photoshoot. Despite the fact that it was awkward because the two have never met, it is being said that Lee Hyori showed off her professionalism and made the photoshoot natural and also led it.

Lee Hyori proves once again that she is the sexy queen!

Calvin Klein
Lee Hyori
KPLG
How does this article make you feel?