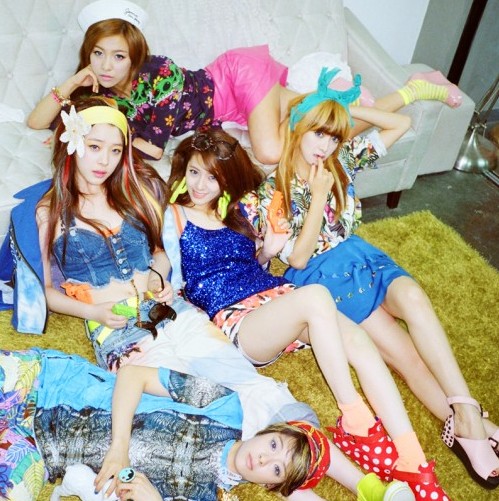 The music video for “Electric Shock” was released on June 12 and has been an explosive hit with music fans around the globe as it gained as many as 10 million hits in the span of just one week.

So far, the You Tube record for most views on You Tube is held by K-Pop group Girls’ Generation’s hit “The Boys.” f(x) has followed in their label-mates footsteps as their comeback track, “Electric Shock” now holds second place, proving the ladies global influence.

Recently, f(x) has met with fans through various music programs presenting their new music and choreography with their latest comeback stage. Not only is the music video captivating viewers’ attention but so are their live performances.

The unique choreography for “Electric Shock” was created by famous choreographer Jillian Meyers who is best known for working with world stars Janet Jackson, Celine Dion, and Kylie Minogue. The fantastic choreography and addictive performance by the five members helps to further the mass appeal of “Electric Shock.”

“Electric Shock” proves it’s popularity as it is selling well, with the amount of albums sold thus far has placed f(x) on the charts. The song has attracted a hot response from the public as it managed to dominate the top spot on various daily and weekly music charts.

f(x)
MV
KPLG
Electric Shock
You Tube
How does this article make you feel?