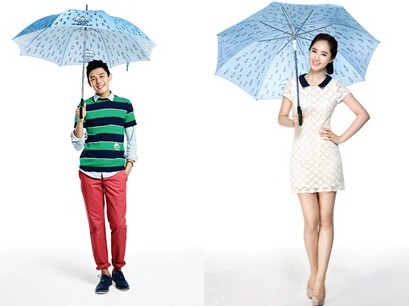 Cosmetics brand corporation, Amore Pacific has launched a new campaign called, “Share Your Umbrella,” which allows members to use their “beauty points” to purchase an umbrella at participating stores.

Some of the top stars have participated in promoting this campaign including Girls’ Generation‘s Yuri, Shin Min Ah, Yoo Ah In, Jo In Sung and Lee Mi Yeon. Cuts of each celebrity were recently released.

Each celebrity is holding up an umbrella with bright smiles on their faces. Yuri’s photo especially drew eyes due to her lovely body line and her flawless skin.

This event will last from June 21 to August 20. Any brand under the Amore Pacific corporation will be participating in this event. Other special events that may allow participants to win autographed umbrellas are also being held.