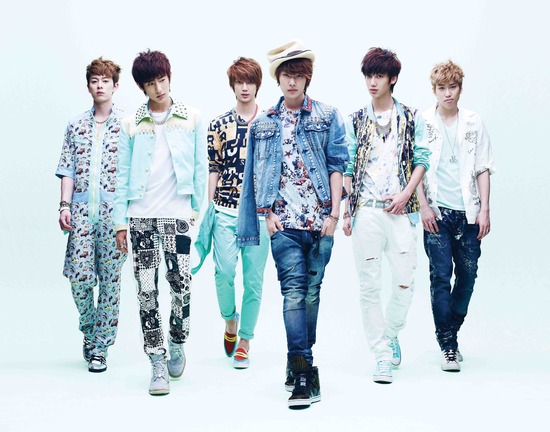 Boyfriend will begin their four days long debut premium showcase “First Date with Boyfriend in Japan” at the Budokan, Tokyo, Japan. The Budokan can hold up to 10,000 people in the audience simultaneously and with Boyfriend’s four days of performing at the Budokan, many experts are optimistically expecting to see four full houses in a row, gathering 40,000 fans. This is the largest scaled debut showcase for a Korean artist in Japan.

Previously, Boyfriend released limited edition album “We are Boyfriend” on June 6, topping Oricon Weekly chart on June 18 with the album. “We are Boyfriend” is a repackaged version of Boyfriend’s previous album in Korea. Starship Entertainment, Boyfriend’s agency, commented, “Although a lot of Japanese fans already have a copy or more of Boyfriend’s Korean album, we still managed to take the first place in the Oricon Weekly chart. We interpret this as the growth and expansion in Boyfriend’s fan base in Japan. Boyfriend will try harder to satisfy all the excited fans.”

Boyfriend’s Japanese debut single “Be My Shine” will be released on August 22. Meanwhile, Boyfriend recently released their new mini album “Love Style” and officially started their promotion in Korea for this summer.

Boyfriend
We Are BOYFRIEND
Love Style
Be My Shine
How does this article make you feel?