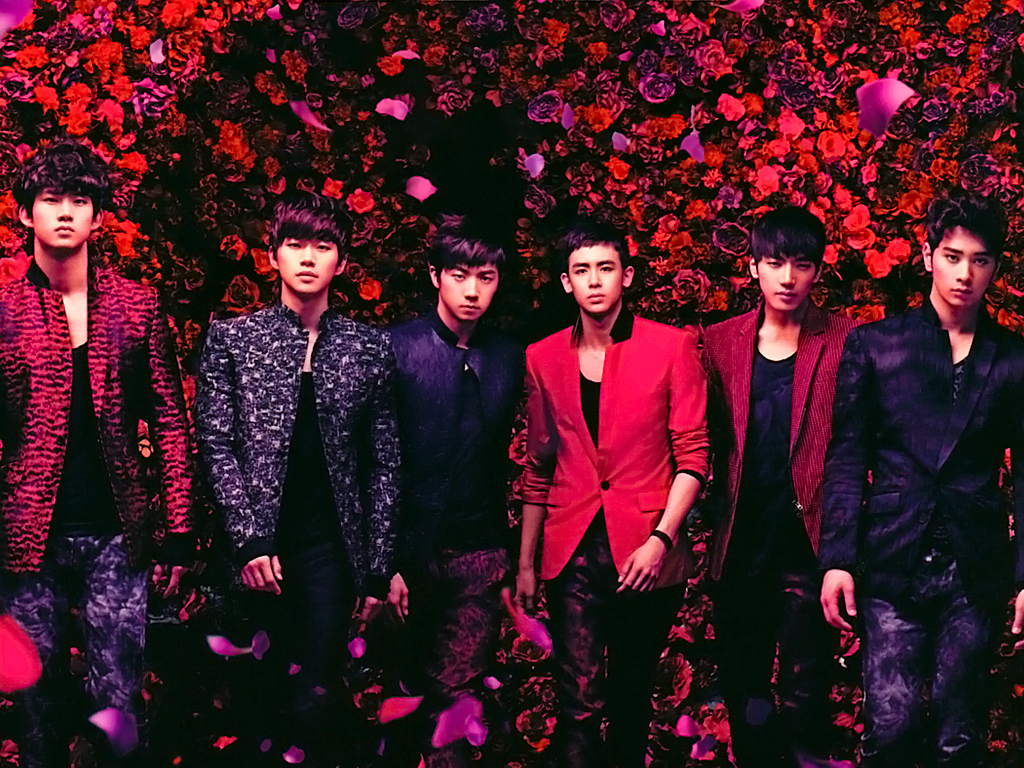 To help in promoting their Japanese single, “Beautiful,” was released on June 6, the group had a chance to greet their fans with their “High Touch” events which were held in Osaka on the 19th and Makuhari and Messe on the 16 of June. The meeting was a success as both fans and 2PM enjoyed themselves at the events.

The new single, “Beautiful” is being used in Japanese ads for “Sempio Black Vinegar” which was a hot topic among the public. The single released earlier this month managed to sell 140,000 copies in its first week of release. So far their latest album has been the most successful for 2PM as they managed to top the Tower Record’s weekly chart and they captured second place on the Oricon Weekly Chart.

It had rained during the “High Touch” event in Osaka back on June 9 despite the unfavorable circumstance 26,000 fans braved the rain to attend the showcase. Prior to the event on the 16 in Makuhari and Messe in Chiba Prefecture 70,000 fans waited around for nearly six and a half hours for the show to start. 2PM was quite surprised as well as moved by their fans’ continued devotion and support.

A total of 96,000 fans were in attendance for the Osaka, Makuhari, and Messe events. This marked the largest “High Touch” promotion for 2PM thus far. Unfortunately, Taecyeon was not able to participate in all of the events due to an arm injury, and was greatly missed. But, staff gave away Taecyeon’s “Okcat” stickers as a gift to fans for him to still be able to thank and greet those who came out for the event.

2PM commented on the events saying, “We are eternally grateful for the love and support of us and our new album from so many people. We will turn into a [group that] is always hardworking to their fullest abilities. Thank you!”

2PM’s Japan Arena Tour DVD was recently released and since has climbed to the top of Tower Record’s latest DVD chart.

2PM
Japan
High Touch
event
How does this article make you feel?